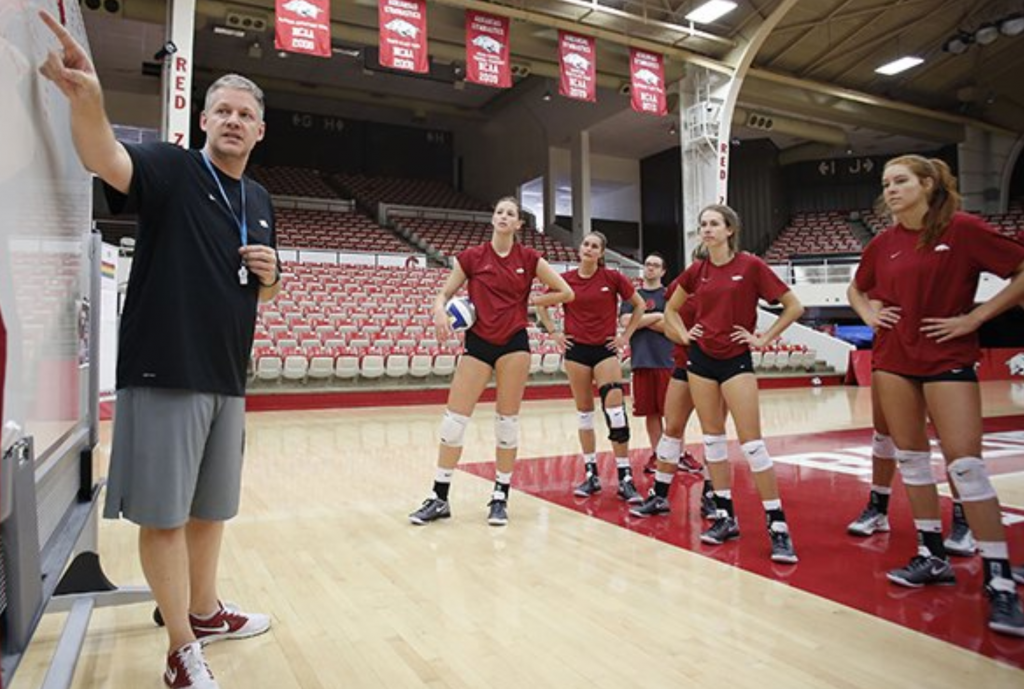 It is not unusual for a coach to react to an error by a player to passionately yell out, “you gotta think out there!!” In reality, thinking is not really what you want players to do during a rally. To think while the action is taking place is a paralyzer of movement that slows down the reactive process. The game moves too fast to cognitively analyze the ever-changing stream of information a player must process. Coaches should want players to play loose and relaxed and rely on the habits developed in training.

How might we design practice activities to better deal with the constant stream of information? Coaches can assist players in handling this large bandwidth of information by breaking what a player sees into smaller chunks that are more easily processed. Players will learn better when a complex continuous lesson is broken into separate segments.

Educational Psychologist, Richard E. Mayer, has developed a set of learning principles. One of those is the Segmenting Principle. That principle states, “People learn better when a complex continuous lesson is broken into separate segments. The learner’s working memory is less likely to be overloaded when the essential material is presented in bite-size chunks rather than as a whole continuous lesson.”

Breaking down the game into smaller, more manageable parts is termed “chunking.” Designing activities using “chunking” does not necessarily equate to teaching the game by implementing single-skill drills, commonly termed “blocked” teaching. A significant volume of research indicates that the best way to learn is to put the player into game-like situations as often as possible. We will proceed with that goal in mind. However, the coach cannot ignore that chunking large amounts of information into smaller bite-sized portions has considerable value in the learning process.

How might we break a game-like situation into smaller chunks that place the player and team into the best learning situation possible? Playing 6v6 without working on specific aspects of the game is of limited value. Merely playing the game without focus or feedback asks the player to process large volumes of information, which overloads the player’s ability to process the information, thereby compromising the learning process.

When constructing training activities, I use the concept of “controlled-random.” The game is random, so we want to replicate that as much as possible. However, since we are working on specific aspects of the game, we want to put “controls” into the drill. The “control” will dictate the sequence of events that allow the player to focus on specific aspects of the game in smaller portions. To facilitate this concept, the coach needs to identify the goal of every activity to either a player or the collective team. Then, design activities to focus on these goals.

Scoring- the offense should win most of these points. So, the offense must get to 10 points before the defense successfully defends five attacks.

6v6 Out of System Game

Two coaches enter the ball alternately to each side. The first contact is directed to the back 1/3 of the court. The second touch is directed to an attacker who attempts to score. The rally is played out in a typical fashion.

Scoring- to win the big point, a team must score three consecutive points. Since the balls are entered alternately, teams must win points from attacking and defending the first ball situations.

Purpose- to work on scoring from an out-of-system situation. The coach needs to focus on the second contact placement and a quality attack approach. The team defending has a focus on making appropriate blocking decisions, along with a transition attack.

The players will receive repeated contacts in a small “chunk” of the game by placing controls on the drill in each position. The coach(es) can focus their attention on the same parts of the game. The “randomness” of the game stays intact as the server can serve short, deep, or lateral of their target. The setter reacts to the pass’s location; the attacker reacts to the location of the set. Finally, the blockers and defenders must defend an attacker that is trying to score.

As you can see, these are not magical drills. The goal is to provide the players with sufficient repetition to develop positive habits inside the situation they are working on. Developing controlled-random activities will require some thought by the coach relative to the areas of focus and allowing the players the necessary repetitions for skill acquisition. A cautionary note for the coach- the feedback the coach is providing should be in line with the goals of the drill. For example, if the focus of the activity is spiking footwork, make sure the feedback is about spiking footwork, not, for example, hitter coverage. Both players and coaches must be equally focused on the goals of the activity.

I would encourage coaches to use chunking as a teaching method inside their training sessions. It is not hard to implement and will encourage lasting retention of information by your players.