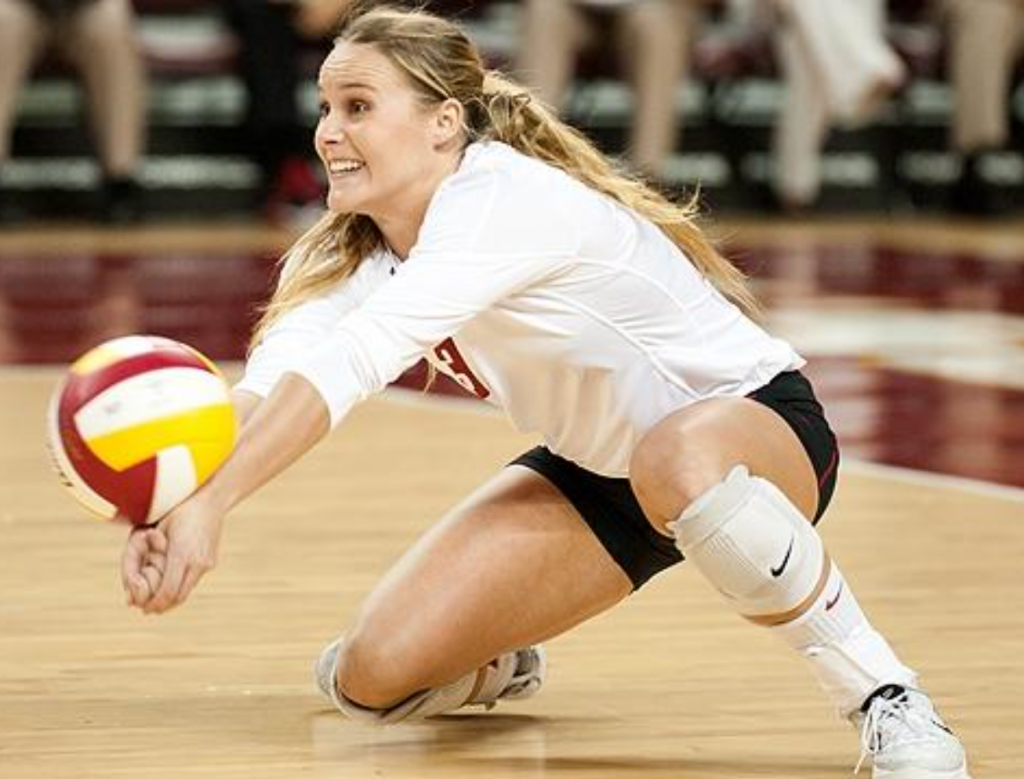 A unique trait of good players is the ability to handle mistakes better than bad players. All players will make errors; however, the error by the better player, generally, will not negatively impact the next contact. Errors are an aspect of the game that is unavoidable for players of all levels. Skilled players make fewer unforced errors, but mistakes are still made. What allows the top golfers, tennis players, or volleyball players to recover quickly from an error? Conversely, why do some players tend to do a downward slide in their overall play when they make a mistake?

PGA Tour players, on average, are significantly more likely to record a bogey or worse immediately following a hole in which he recorded a bogey or worse, rather than when the player attained a par or better. These results point to the notion that some PGA Tour players, in spite of their obvious talent, have, perhaps, a challenging time “letting go” of a negative outcome. Annika Sörenstam, one of the most successful golfers in the history of the Ladies PGA Tour, responded to mistakes by focusing on the “now” shot. She would briefly analyze her mistake after a lousy shot before focusing on the “now shot.” I have found that great players can compartmentalize their mistakes, avoiding a cascade of errors caused by a single mistake.

Can players link good plays together and exhibit a “hot hand?” People tend to watch a basketball player hit four consecutive three-point shots and claim the player has a “hot hand.” There is limited research to validate a player getting “hot” and making many great plays that feed off the previous good play. Nobel Prize winner Daniel Kahneman affirmed in his book Thinking Fast and Slow that “The hot hand is a massive and widespread cognitive illusion.” Players generally perform inside of their current skill set.

However, there is significant research that validates players linking repetitive bad plays. In the effort to learn more about this aspect of the game, I came across an interesting study, “Psychological pressure and compounded errors during elite-level tennis.” This study looked at more than 650,000 points played in every men’s and women’s singles match at the 12 grand slams from 2016 to 2019 to better understand the persistent puzzle surrounding who copes and who chokes under pressure.

So what did they find? First, the unforced error rate for the highest-pressure points was much greater than the low-pressure points – by 1.75 times. That was not a surprise. It’s easier to play better when there is no pressure. Naturally, successful players had a better ratio of winners to unforced errors across all points than the less-skilled player.

In my eyes, this translates to if you are a good player, you will probably perform better under situations of pressure than the less-skilled player. However, you will not perform better than the normal distribution of good and bad plays. This was not a surprise to me. Neither was the revelation that when a poor player made an unforced error, the chances of doing so again increased significantly on subsequent points.

The researchers on the same study also found that these two effects (pressure and mistakes) also interact to create a “cycle of pressure – mess up, more pressure, mess up again.”

How might a volleyball coach positively impact the ability of a player to disconnect plays so one mistake doesn’t foster more mistakes and giving in to the “cycle of pressure?” I freely admit I do not have expertise in sports psychology. My general thought is those with a tendency for repetitive mistakes are mentally holding on to the error and have lost their routine. I have used several things when working with players that might be worth trying.

Consistency of routine– To perform consistently, there is value to having consistency of routine. The routine might be part of a general practice plan or part of an approach to individual skill. If the athlete places focus on the routine, they are not focusing on the environment, or the error just committed. Michael Phelps was famous for his training routine, as well as pre-competitive ritual. He ate the same breakfast, warmed up the same, stretched out the same, listened to the same music, and would visualize the race from beginning to end. Regardless of the importance of the event, his approach never varied.

In the video below, you’ll see Kennedi Orr playing on the USA U-18 team, implementing an essential aspect of her serve routine. You’ll notice as soon as Kennedi scored a point, she did not celebrate with the team. She immediately went back to the service area to initiate her routine. Some referees have a quick whistle, and I felt her routine consistency was more important than a team celebration. I would encourage coaches to assist players in developing a routine for practice, pre-match, and skill implementation.

Confidence is essential– The more confident a player is in a skill, the easier it is to handle mistakes. Getting the needed confidence for consistent performance boils down to the hours invested in developing the skill. It is also essential for the coach to keep the expectations in line with the current skill level. If a player hits 5 out of 10 spike attempts out of bounds in practice, there is no reason to expect a different performance in games. Even though the error in a game at 23-23 is magnified. In this scenario, the player didn’t necessarily “choke”, they were merely living up to their skill expectations. So, practice performance and improvement are vital to consistent performance in competition, especially in pressure situations. Too often, coaches focus on the mental aspect of a skill and the ability to perform in pressure situations while ignoring the fact that the player is not sufficiently skilled to avoid making too many errors. Working hard on perfecting skills is a prerequisite to consistent play. At the 2009 FIVB U-18 World Championships, I scouted Brazil when they played Poland. In a three-game match against a quality team from Poland, Brazil made three errors. So, there is no replacement for possessing high-level skills. Coaches should budget significant time in practice focusing on skill development and consistency.

Practice handling mistakes– When a player gets aced in practice, the coach might jump in and emphasize that the first error happens to everyone; the great players come back with a good pass on the following contact. The emphasis on the contact after a mistake is often ignored. Work hard on developing a positive contact after an error is made. Then, when a player gets aced in a match, they have already rehearsed the following contact and will have a little more confidence.

Practice pressure situations– Players will perform better under pressure if they practice performing under pressure. Develop situations where a score is kept when executing a skill. For example, when working on serve-receive, instead of having the passers having an objective of 25 good passes, without consequence for a reception error or poor pass, change the scoring to 5 sets of 5 consecutive good passes. If the pass is not accurate, they must start that set over. The change in scoring forces concentration on each contact.

There are additional items that a coach can implement. If a critical ingredient for being a top player is the ability to handle mistakes, coaches and players must spend time in this area. Coaches work hard to try and have players minimize mistakes. However, coaches must work equally hard with players on how to handle the unavoidable mistakes. Players must anticipate errors as an unavoidable component of play, then work hard to dealing positively with the errors that come along.

Posted in Blog, Coaching and tagged Annika Sorenstam, Daniel Kahneman, Natalie Hagglund, Thinking Fast and Slow
← Skill Wins Out, Regardless of the SportBetter Learning with Chunking →