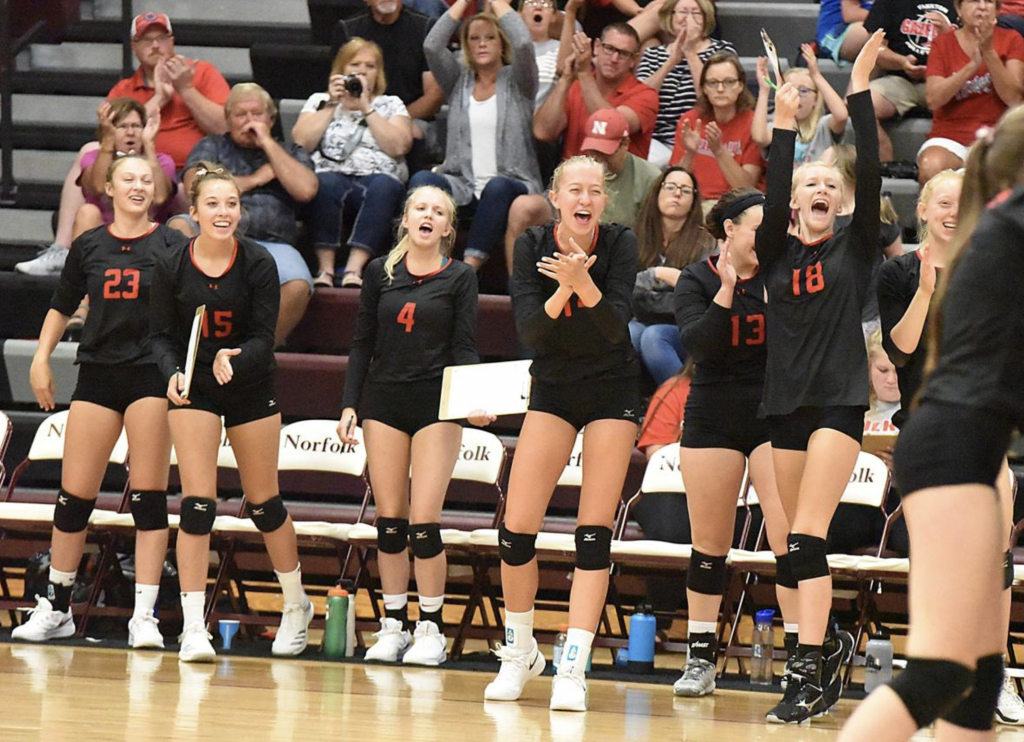 All coaches want positive vibes to permeate the team environment. Rarely do these vibes occur by accident. Unfortunately, society sends a strong message that it’s all about the individual, not the team. So, it’s swimming upstream for some players to be supportive and engaged when the spotlight is not on them. A wise coach budgets the time and effort to keep the non-starters engaged, improving, and exhibiting the positive attitude essential for a good team environment.

At times, I look at players that are not playing and see a lot of disinterested humans. I’m somewhat surprised there aren’t cell phones pulled out! After all, who knows what urgent items are unfolding on one’s timeline while the match is taking place? I suppose there is a component of immaturity and selfishness that reflects poorly on the player. However, a coach is responsible for all the players, not just the ones on the court.

Here are some ideas that might be worth trying to keep all players in the ready-to-play mindset.

Have positional player(s) sit next to an assistant coach during the match. I watch football games, and I always see the backup quarterback wearing headphones listening to the next play being called. These types of actions allow the player to be ready if the situation dictates. If he gets on the field, he’s prepared for how the game plan is unfolding. In our sport, using the backup setter as an example, a question and answer exchange about what is taking place on the court, what the next play might be, who should get the next set, how to support a player that is struggling, etc. These conversations could take place with each positional player. Perhaps as a group, or probably better, individually so you can encourage thoughtful remarks. All of these items have relevance to making the non-starter a better and wiser player.

Having a bench captain is a position I always had with the Youth National Team. They have several duties. Primarily to make sure the non-starters are representing the team well when not on the floor. Several other items include making sure the bench is presentable (towels folded, warmups folded and under a chair, water bottles in one place, etc.). Have assigned players responsible for taking water bottles to the starters during timeouts. Ideally, this is done by position. The backup setter brings water to the starting setter allowing the coach to speak with both setters. The bench captain makes sure the non-starters actively support the players on the court.

Have positional meetings during timeouts and between sets. All the outsides would meet with a coach to talk about what is happening on the floor. The outside hitters on the bench can provide input on what they see (shots available, how to block an opponent, etc.).

Have non-starters take some responsibility for a scouting report of an upcoming opponent. Perhaps not the entire report, but focusing on the best player in each position, possible serving targets, setter tendencies, etc. The coach can also quiz the non-starters on the material they should know inside team meetings.

Video the bench during matches. Reward positive behavior, deal with the opposite behavior. Along with Geno Auriemma, I am big into body language.

Depending upon the situation and the opponent, putting a player into the match unexpectedly. If the player has been paying attention, they should be able to contribute immediately. That being said, generally, I tried to give the incoming player a good amount of warning, so they were ready to enter the match. I also made a point to prepare a player to enter the game with the information they need to contribute. For example, a reminder of the serving target, or how to block a specific opponent, etc.

These are just sample activities. With some thought, a coach can arrive at additional items that might work well inside their environment. Give kudos, or perhaps more important, playing time to those bench players that perform well while in a supportive role. The takeaway is that positive team chemistry is a valuable commodity. The time invested by the coach to facilitate this atmosphere is worthwhile. Good team chemistry often will allow a team to survive the “choppy waters” that often arise over the course of a season.