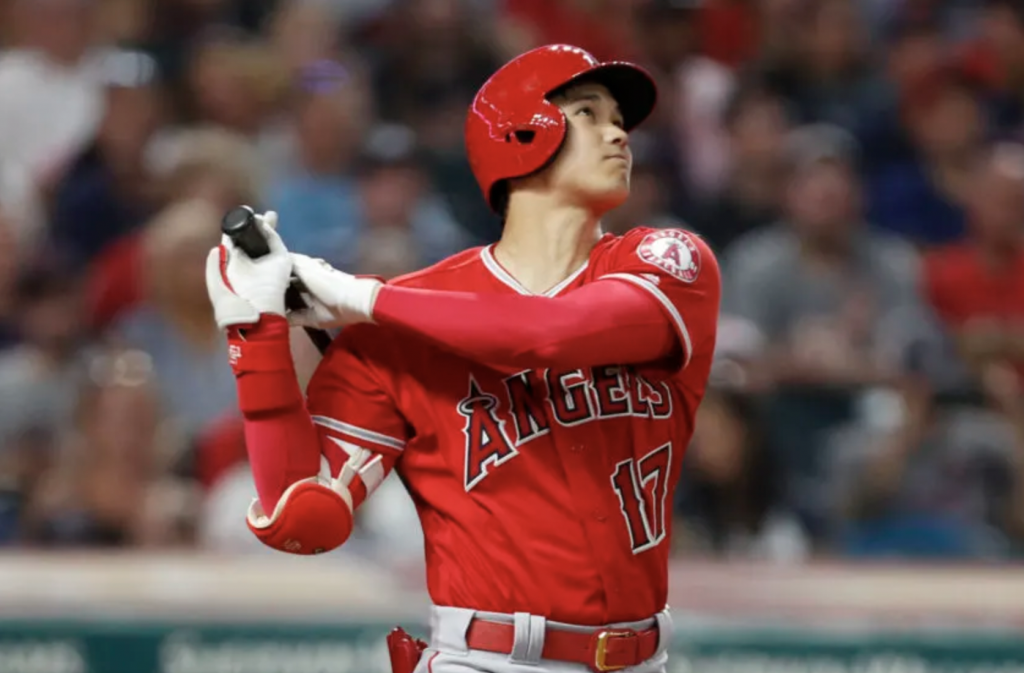 Shohei Ohtani has taken Major League Baseball by storm. The designated hitter and pitcher was Rookie of the Year in 2018, followed by being selected as unanimous MVP of the American League last year. Why am I studying a baseball superstar in a blog that generally deals with coaching volleyball? Although Ohtani has undeniable athletic skills, his rise to stardom can be attributed to his organized approach to the sport and the coaching he was exposed to along the way.

Ohtani used the Harada Method to achieve baseball superstardom. The Harada Method is a personal-growth system created by a former middle school teacher, Takashi Harada. As a junior high school track and field coach at the worst school in Osaka, Japan, Harada was determined to create an environment of success for his students and athletes. After many years of studying the world’s best coaches, he created a new methodology to uplift his students. The school went from the lowest rated to the highest rated out of 380 schools. His track team won 13 gold medals, achieving the number one ranking in Japan.

The matrix below, termed a 64 Chart, demonstrates the organization of Ohtani’s development. At the center is the ultimate goal of being the top draft pick in the MLB draft. The ultimate goal is surrounded by eight essential keys for accomplishing the ultimate goal. Then, these eight keys are sub-divided into eight areas of focus for his personal development.

In essence, at the core of the Harada Method of personal growth is a checklist of behaviors. In my book, A Game Plan for Better Practices, the crux of the book’s organization is a checklist of techniques and basic movements of the game. I firmly believe that before a player can master skills and team systems, they must have a mastery of the core ingredients of a skill. Below is a sample checklist for a beginning setter. I organized my checklists without knowing the Harada Method, but there are obvious similarities.

After his initial one, Ohtani has filled out about 15 more “64 Charts” to reflect his updated goals. Ohtani is even more captivated by the Harada Method Long-Term Goal Form. Students come up with tangible and intangible reasons for pursuing a goal, both for themselves and society. It also has sections to write daily tasks and routines to achieve the goal and a place for anticipated obstacles and potential countermeasures.

Ohtani followed his matrix with behaviors that would allow him to grow in the essential areas necessary to achieve his ultimate goal. Volleyball coaches should be doing a similar practice with teaching volleyball skills. There are fundamental movements for every skill. For example, when executing a forearm pass, the player must have the ability to shuffle-step to the ball, they must be able to stop movement with good balance, track the ball to their forearms, etc. So, similar to the Harada Method, sub-goals must be accomplished to achieve the final goal.

Below is a flow chart that I developed for the movements and skills of volleyball. There is a progression from basic motor patterns leading to advanced skill development.

As I observe many volleyball practices, coaches tend to focus on the end product of skills or systems without regard to the building blocks needed to accomplish the end product. Having mastery of the building blocks is essential to final success. This approach mandates the coach be aware and emphasize all the small pieces that go into final skill execution. Then emphasize these components inside their practices. This breakdown of the fundamentals is what I attempt to do in my book. With proper organization, a coach can focus on the more minor but essential aspects of the game inside of game-like drills and activities.

I freely admit my checklists are not all-inclusive but should be a springboard for coaches to add or subtract items as they see fit. As Ohtani demonstrates, although the final goal is always in focus, the building blocks are small but essential items that allow for the final achievement of the larger prize.