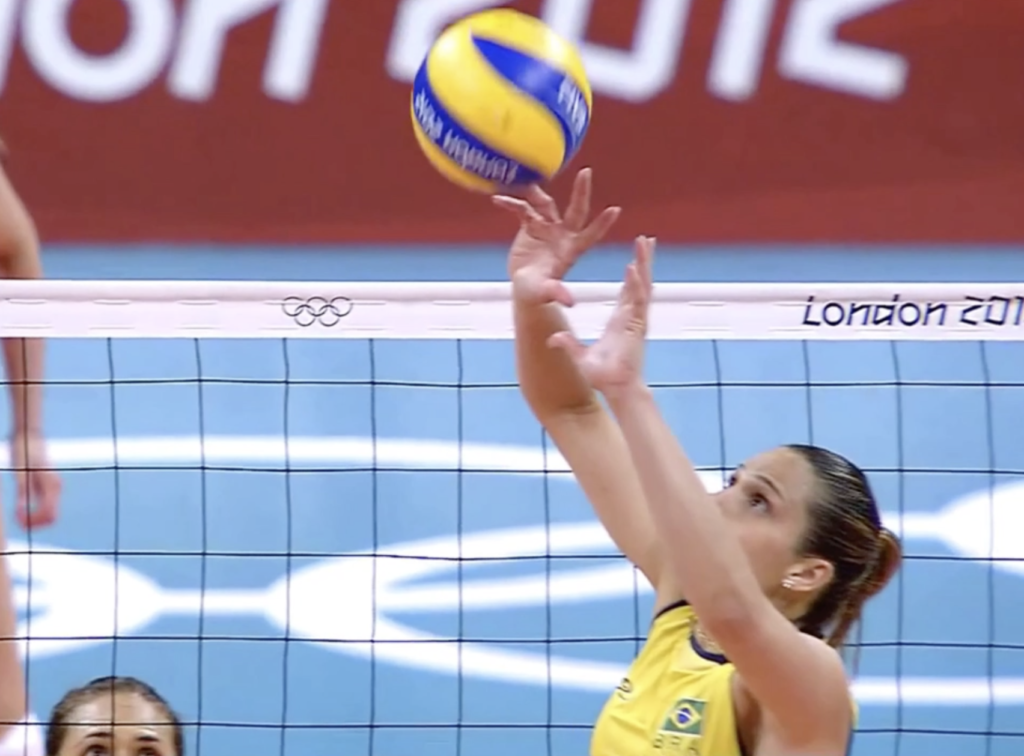 If I were given one hour to save the planet, I would spend 59 minutes defining the problem and one minute resolving it.” ~Albert Einstein

When using an Excel spreadsheet, the concept of “if/then” is a condition-specific set of instructions that will initiate a response, simply put, “if condition A is met, then B is the response. Otherwise, the response is C.” Happily setting Excel software aside, how might the concept of if/then be incorporated into the training of a volleyball team?

An essential but often overlooked aspect of the game is how visual cues determine on-court behavior. Many players, especially the younger players, tend to focus solely on the ball. Their eyes follow the ball around the court, oblivious to the actions of the opposition players, followed by a spasmodic reaction when the ball comes into their area. With other players, the focus is the correct execution of a skill. If they make a reception error, they immediately focus on what they might have done technically incorrect. When the focus is exclusively on the ball or the skill, the player misses volumes of information the opponent might be providing. Implementing visual cues will help players anticipate upcoming events, avoid needless mistakes, and make the game easier.

For the player to assimilate visual cues, they need to know what visual cues are relevant. A lot is going on as a point unfolds. Much of the action is extraneous, but some items directly impact the upcoming events. If a player attempts to see everything, they do not focus on anything.

See the picture below. Most observers will not see the thirty-five dots when looking at the entire picture. To see the dots, you must focus on a specific picture area.

The same concept is valid in volleyball. Most passers will observe the server in a non-specific manner, thereby missing cues as to the direction, type, and velocity of the serve. When they make an error, the cause of the error was often not watching the server sufficiently close. The cues that a passer should focus on will take place in sequential order. First, where is the server facing, followed by the toss, arm speed, contact point, and if the serve is a spin or float serve? Combining these factors offer valuable information to the receiver and will save time in reacting to the serve, thereby increasing the chances of a positive pass.

At an Art of Coaching Volleyball clinic, former Stanford coach, John Dunning demonstrated a great drill focused on players watching specific aspects of a skill. John was the server, he had a player standing in front of him, about 5′ away, and he had a passer on the other side. John would either serve short or deep, and the players had to call out “short” or “deep,” depending upon what they observed. The players were wrong about 50% of the time. It demonstrated how the players were not accustomed to focusing on specific aspects of the serve mechanics.

Another example of the eyes not focusing on the correct items is an attacker tipping the ball over the block to score. In this case, the defense did not assimilate the visual cues that the attacker might have supplied. Perhaps the attack approach was not dynamic, or the attacker dropped the elbow or contacted the ball with the fingertips. All these actions offer clues to the upcoming off-speed attack. If the defender watches closely, the tip is anticipated and covered successfully.

There are many scenarios in which your players can use if/then visual cues to impact their execution. An essential concept that coaches and players need to embrace is the eyes can only focus on one thing at a time. When a coach says to a player that “I want you to see everything,” they are asking the impossible of the player. The player must learn to focus on the essential information and not worry about unimportant actions. The essential visual cues will occur sequentially, and the players must be taught the visual cues, figure the cues out themselves, or combine both learning methods.

After the visual cues are presented and learned, the player must put in the training time, allowing the cues to become a habit. The player can react in a game scenario without conscious thought by developing these visual habits. The less the player thinks on the court, the faster the movement.

Once appropriate visual cues are established, I like to create If/Then scenarios.

There are countless If/Then scenarios. Coaches need to prioritize what they want players to focus upon (IF) and the desired reaction (THEN). Coaches generally appreciate the importance of “reading” the game but do not instruct the player on the essential visual cues to facilitate the “reading” process. At the higher levels of play, the ball travels too fast for the player to merely react. There needs to be some level of anticipation based on visual cues to save the player time and allow successful skill execution.