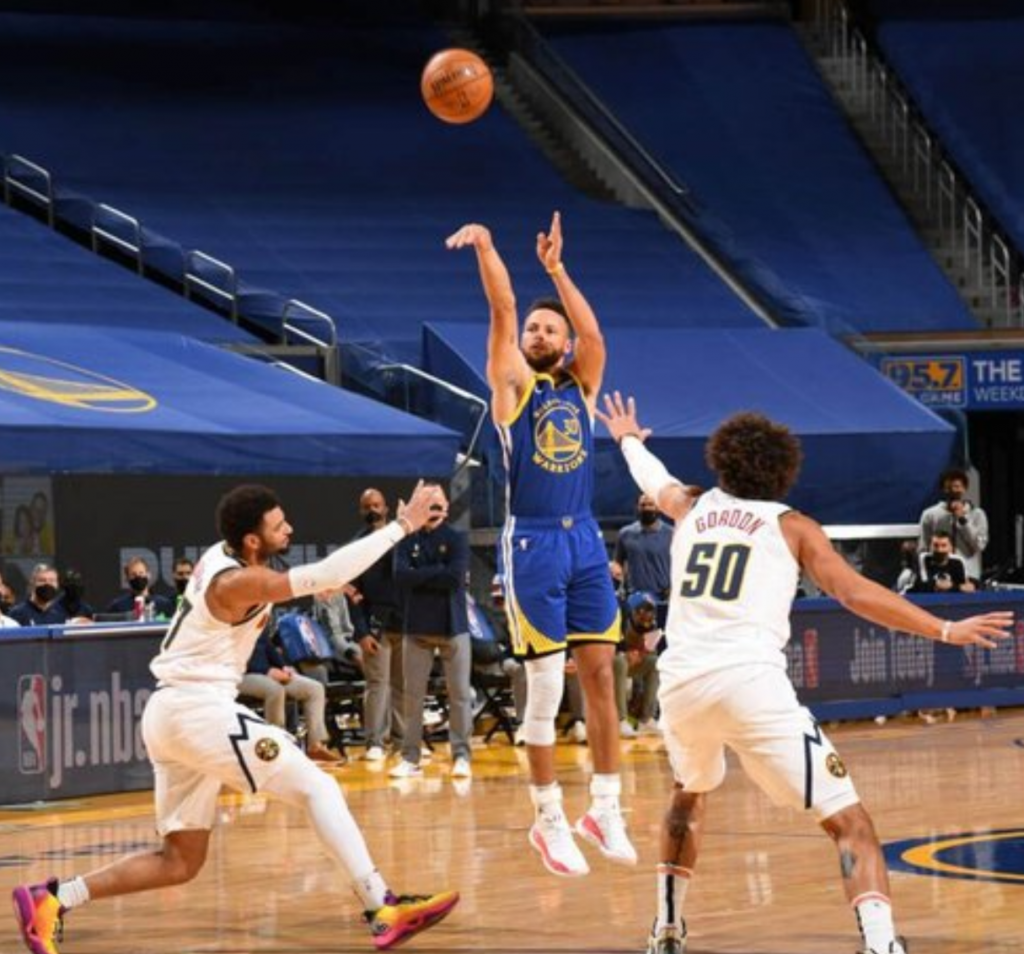 In a previous post titled Moneyball vs. Betterball, the idea of using statistics to improve skills instead of solely measuring outcomes is presented. In the post, I pointed out how the University of Virginia used the Noah Tracking System to provide feedback to the players as they worked on their shooting accuracy.

A recent WSJ article offered a detailed examination of how Steph Curry, arguably the greatest shooter in basketball history, continues to improve. The article is a study of what motivates a player to pursue goals and establish a level of play that is entirely off the radar of most athletes.

A basketball hoop is 18″ in diameter, with a radius of 9″. Curry decided to make the basket smaller. Curry undertook this challenge using the research of Rachel Marty Pyke, a non-basketball student who was pursuing a doctorate in bioinformatics. I had to look up the definition of bioinformatics. For those equally uninformed, the definition is: Bioinformatics is a subdiscipline of biology and computer science concerned with the acquisition, storage, analysis, and dissemination of biological data, most often DNA and amino acid sequences. Pyke is not a basketball geek but most definitely possesses expertise in numbers and gathering information.

Pyke used a machine-learning algorithm to identify patterns in more than 20 million basketball shots tracked by technology developed with the help of a NASA rocket scientist. When looking at millions of 3-pointers from NBA players, they found that 79% of shots at the dead center of the rim went in, but there was little difference up to one or two inches off-center, 79% and 77%, and only a minimal reduction out to three inches (74%). “But when you get to four or five inches,” said John Carter, the company’s CEO, “it’s like falling off a cliff.” Those few inches may not sound like much but make an enormous difference. The shooting percentage from three inches to four inches from center drops to 67% before it plunges again to 55% at five and 28% at six inches. “You can’t see that with the naked eye,” Carter said. “All you can see is the make-miss.”

“The tracking system had followed the shot’s flight path, used a sensor to measure where the center of the ball crossed the plane of the hoop and calculated its deviation from the center of the basket in relation to the shooter. Then it would read a number between -9 (nine inches to the left) and 9 (nine inches to the right), with 0 meaning his shot had been dead straight. This was the basketball equivalent of a bull’s-eye. Not every shot can be optimal—not even for Curry—but any shot within three inches of center was considered sufficient.”

So what did Curry do? He gave himself a 3″ variance from a dead center swish. Anything beyond 3″ he would consider a missed shot. Curry would listen for the instant verbal feedback on his left-right locations and learn whether a shot met his standards. He wasn’t relying on sight to determine the quality of his shot. Instead, he waited for the sound of a computerized voice. At this point, Curry went to work launching thousands of shots and listening to the feedback. As a result, Curry is off to his best season personally while leading the Warriors to the best record in the NBA.

Most clubs or schools cannot afford a Noah System. But the motivated player (or coach) finds a way to improve. A sixth-grade basketball player, Lanie Grant, who is on schedule to shoot 100,000 jump shots this year, solves the “it costs too much” excuse and uses a $60 app to monitor her progress. From the app, she identifies her shooting progress and the strengths and weaknesses of her jump shot from various court areas.

Using metrics or advanced video information to advance skill development is not used enough in volleyball. Like the tracking of Curry’s jump shot, a volleyball coach can track the consistency and accuracy of their setter. Using Dartfish software, I have used an example from my book “A Game Plan for Better Coaching” of how visual feedback can assist your setter in developing the tempo of an offense and grade the accuracy of the set.

With some creativity, mixed with knowledge of skill development, coaches can produce teaching aids that will challenge the best players. The prerequisites are motivation, time, and, most importantly, the expertise of the coach. The coach must be capable of guiding the athlete in the correct direction. Then, the player, similar to Step Curry, must supply the motivation to accept the challenge of using these tools to take their skills to a higher level.