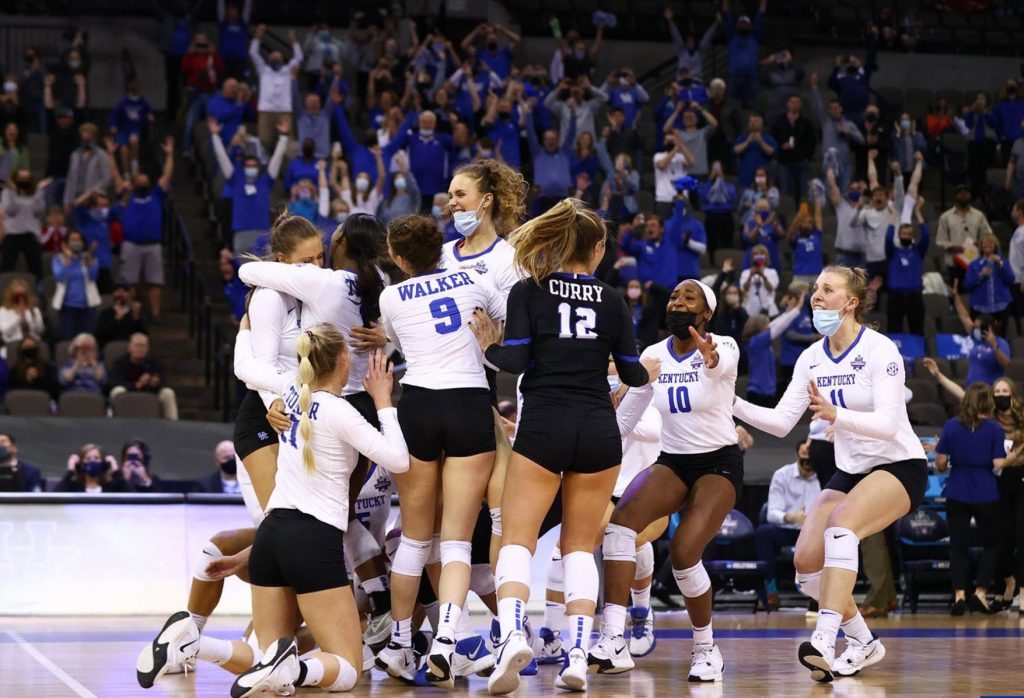 I guess this is a better late than never piece about the recently completed NCAA Women’s Division 1 Volleyball Championships. I wish to extend a sincere tip of the hat to all the coaches and players that were in the Omaha “bubble.” I’m confident that the challenges were numerous. The biggest challenge might have been the coaching staff managing the free time for players.

The tournament format allowed me to observe quite a few matches. A disclaimer is in order as I was not in Omaha, nor do I have access to Volleymetrics video or stats. I’m just from an old guy watching in his living room with all the lousy camera angles that television offers.

I’m wondering if the calendar played a part? I’ve always considered the traditional collegiate calendar a giant cram session. To a large degree, the players are inactive, relative to team training and competition from January through March, then from May until practice begins in August. That is about six months when an opponent or consistent practice demands do not challenge the athletes. Once training starts in August, players are hammered with practice, travel, academics, and competition. I wonder if it was positive for Texas and Kentucky to compete in the fall, take a break, recover physically, the coaches reorganize, then start again during the spring schedule. I freely admit I’m in the bleachers kicking out thoughts. This season was a struggle for everyone. However, I believe it is always better to go slowly and methodically as lofty goals are pursued.

Another factor in the championship tournament might be the lack of travel or home-court atmosphere that might impact the level of play. Teams were in the same facility in a controlled environment. The focus was on playing well without consideration to extraneous factors that might negatively impact performance (home crowd, facility variables, travel, etc.).

The tournament format allowed for an impartial viewer, such as myself, to view many teams and styles of play.

A team does not need to be good at everything, but here is a few gotta haves:

To compete at the highest levels, a team must have terminating outside hitters. This offense can be from either antenna (preferably both), but the hitters must have the ability to go up against two blockers and score. It was encouraging to see so many outside hitters using the block effectively and challenging the defense to pursue attacks off the court.

The top teams have a setter and liberos are that are skilled, but more importantly, they exhibit range with their skills. The top setters were able to manufacture an effective offense when out of system. The tempo of Kentucky’s offense was the same for the perfect pass or a 3-meter pass. Also of note, the top setters were not that tall (5’10+/-), but they were very athletic. I’m sure there were times when the smaller block presented by the setter was a factor. However, these situations were far outweighed by a great job of running the various offenses. Similarly, the top teams had liberos covering lots of court space in serve receive and defense without losing their effectiveness.

The serve was used as a weapon, not merely a means to start a point. The top teams served with good velocity and were accurate.

The power tip or “jam” is becoming more prevalent with attackers. I’m not a huge fan of this offensive move, but it seems to be a trend and is effective. The onus is on the defense to develop systems, reading skills, and techniques to deal with this type of attack. I thought Kentucky did a fantastic job of defending the off-speed attack in the finals. Both right back and left back defenders were comfortable going to the floor to pursue a tip. Defensive floor skills are not a point of emphasis in most training routines. Perhaps that is an aspect of the defensive skill set that merits more focus? I do know this. If a team can score with off-speed attacks, there is no need to attack with velocity and risk a hitting error. The defense must be very stingy with allowing off-speed attacks score.

I was pleasantly surprised to see more teams incorporating backrow attacks. It is my belief this aspect of an offense is underutilized. Of course, it mandates that point scorers must stay on the court in the backrow. Some coaches seem to have an issue with that concept. Florida, Texas, Pittsburgh, and Kentucky were especially effective with this attack. Considering the size of the blockers, having more hitters than blockers and adding offensive diversity is a logical offensive consideration.

The serving velocity seemingly was higher and more accurate than in past years. I cannot quantify this observation, but I like the trend.

I never coached with a video replay being an option to challenge a call by the referees. In the current form, the video quality would make me hesitant to question a touch or no touch call. It would seem that whatever the outcome of the video review, there is a lot of guesswork. If we want to take video review seriously, perhaps volleyball should adopt the infrared technology used in cricket to determine if the bat contacts the ball. The brief clip below demonstrates how the slightest touch of the bat and ball will result in a heat spot that is visible.

I’m pleased the television ratings were positive. Certainly reflective of the positive efforts of all involved. Congratulations to all the participants, and best wishes moving forward.