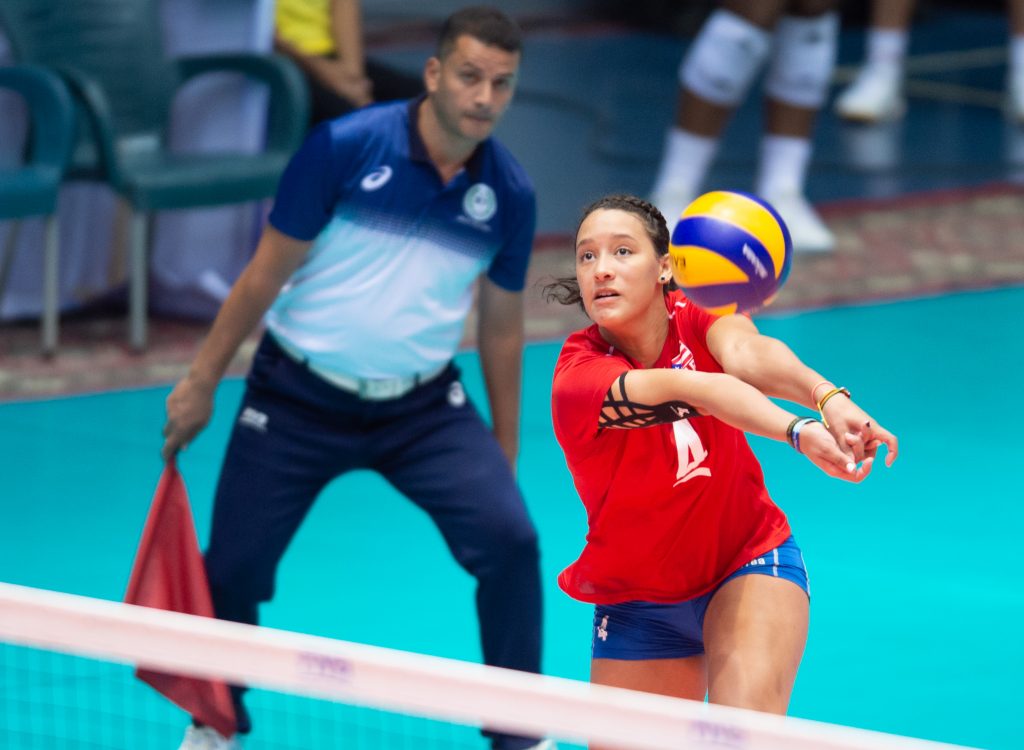 Being proficient in serving and passing is essential to point-scoring opportunities, either directly or indirectly. With an effective serve, I can earn points directly via serve aces or force the opponent out-of-system and into an easily defended attack. At every level, there is a direct correlation between the quality of the pass and the ability to score with a spike.

This article focuses on various methods of evaluating team reception abilities for high school age players and teams. For teams that do keep reception statistics, the most common system used is the Coleman System, where points are awarded relative to the location of the pass. Generally, the number system is as follows:

The totals are added, then divided by the number of attempts to obtain a reception score. For example, a score of 20 points divided by 10 attempts would give the passer a score of 2.0.

With most teams, a court diagram of the Coleman System would resemble the chart below:

In the Coleman system, the assumption is that a 3-point pass will allow the attacker to score at a higher rate than a 2-point pass. I believe with most teams, this assumption is accurate. Another assumption is the attack will be equally successful from all areas of a zone. This assumption is most likely not correct. The attackers probably score more from a perfect pass than one from the edges of the 3 point zone. The question is, why are all the receptions in the 3-point area graded equally when the likelihood of scoring is higher from a perfect pass? A perfect pass, which has a higher scoring rate, should be positively weighted. With this in mind, I recommend we put in a 4-point target area reflective of the increased possibility of scoring. Using the same logic, I would make the 2-point passing zone smaller. Most high school level players will have trouble scoring when the pass is at the edges of the 2-point area. I would reconfigure the Coleman chart in this manner.

Another suggestion is to focus on the percentage of perfect passes and the percentage of errors. These two categories have the highest correlation to points won or lost. Perfect passes increase the chances of effective attacks, while reception errors certainly prevent any opportunity to score. So, in the spirit of keeping statistics relevant and straightforward, establish goals for both. For example, a player passing 75% perfect passes and 5% reception errors has performed excellently. The purpose of this statistic is to emphasize the importance of not getting aced while pursuing perfect passes, or at least in-system passes. Why the emphasis on not getting aced? Besides directly losing a point, keeping the ball is in play allows a chance to score a point. Poor passes will happen, but emphasize to your players to make every effort to avoid getting aced!

The Coleman System does provide feedback to the passer and the coach. However, I want to provide food for thought about providing another, perhaps more relevant, information to the passer. I don’t want to get too much “in the weeds,” with data. Information provided to the passer needs to be relevant and in a format that makes sense to the player while providing a platform for improvement.

If I were to be critical of the Coleman system, it would be that it evaluates a pass as a singular action instead of part of a sequence of events leading to a spike kill. An example taken from a different sport might be basketball. A player will only get an assist if the basket is scored. Regardless of the quality of the pass, unless the basket is scored, an assist is not awarded.

The goal of reception is to facilitate a successful attack. A pass that leads to a spike kill is the goal and should be valued. Since there is a statistical correlation between accurate passing and point-scoring, another metric that has value is recording how many times a team scores from a specific passer. For example, if Player A’s reception attempts results in points scored 80% of the time, one can assume the passing is effective and accomplished the goal of leading to a point scored. If Player B only has a scoring percentage of 40%, that passer is less effective. A point-scoring metric such as this provides players with feedback on how their contacts correlate to scored points. With this information, the coach might consider adjusting their pattern, allowing player A more opportunities to receive the serve.

The response of many is why the passer who executes a good pass is penalized when it was the hitter that made an error? I understand this perspective. However, in the long run, the better the pass, the greater the chances for a kill. If killing the ball remains a problem, the coach will allocate practice time to address this weakness.

The goal of providing statistics to players is to give them a picture of their performance. Although accurate, a coach telling a player that they passed at a level of 2.31 might not be as meaningful as informing the same player that their team scored 70% of the time when they received the serve. Both are accurate; one might be more user-friendly for the average high school player.

The most important aspect of skill evaluation is to provide meaningful information. Each of the statistical methods listed will give feedback to the player. Whatever statistical format a coach chooses, there should be performance objectives, and the information should be consistent, accurate, and timely. I would encourage coaches of all levels at the younger ages to use statistical assessments of their troops. Telling players that they are “getting better” isn’t the specific type of feedback a player deserves.