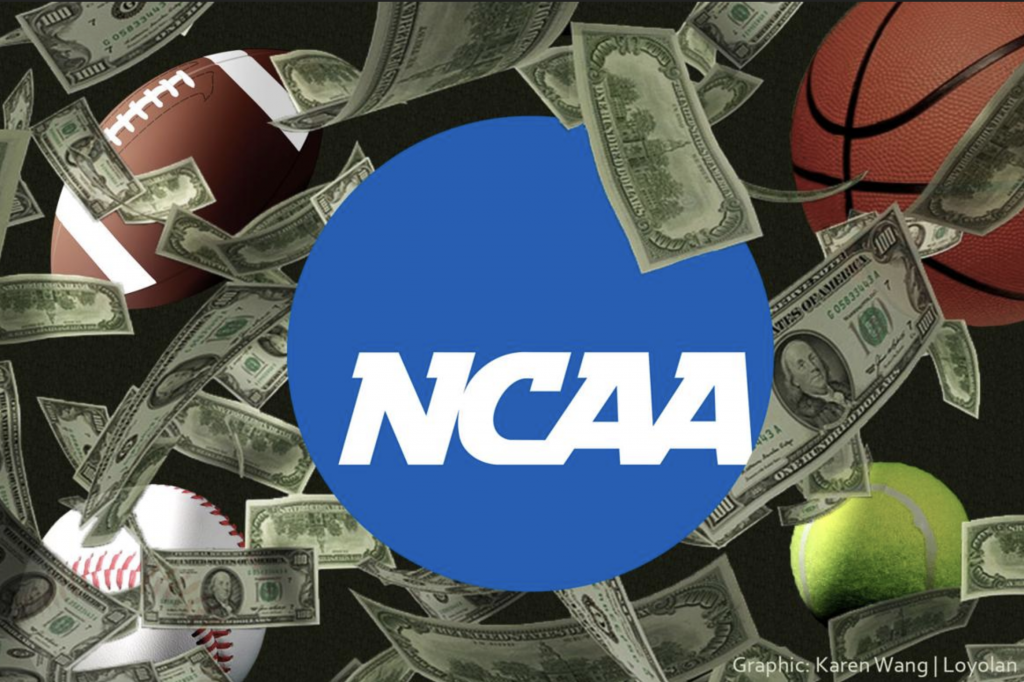 In the most recent post, we presented information about the upcoming push for the athletes to control their ability to market their Name, Image, and Likeness (NIL). Legislation that will allow collegiate athletes to market themselves will be initiated very soon. The only question is the format and source of the legislation. It will benefit the NCAA if they take the initiative to present new rules to address this issue. State and national governments are poised to take action if the NCAA continues to slow-walk a legislative piece to address this concern.

The Athletes Bill of Rights has already been written in the United States Senate. As currently written, this bill will contain the following items:

The Supreme Court ruled this week that the NCAA cannot restrict a school’s ability to compensate an athlete for any expense related to an academic program. This ruling was relatively narrow in scope, but the tone of the Supreme Court is that college athletes might be considered employees in future cases. If future decisions take this legal path, an entirely new bucket of issues will face the NCAA and university presidents relative to compensation and liability concerns.

Ronald Reagan had a famous line that summed up his thoughts about the ability of the government to problem-solve.

The NCAA would be wise to arrive at their solution to this challenge before the government and the legal system get their claws into the situation.

As important as this legislation might be, it seems that many schools are assuming that the athlete controlling their name, image, and likeness is a reality and are addressing the issue either institutionally or by conference. There won’t be a level playing field among all Division 1 schools, but the days of a level playing field between institutions are long gone.

There are more ominous storm clouds on the horizon. The fact of the matter is the NCAA is not an autonomous body of athletic directors. The NCAA is a front organization for university presidents. The challenge for university presidents is how much longer they can keep justifying the existence of the NCAA in its current form. A more considerable challenge is how much longer athletic departments and associated costs can operate within the university system.

Organizationally the NCAA is going in multiple directions. At the Division I level, there are the Power 5 Conferences and the FCS schools. The Power 5 conferences (Big Ten, Pac 12, Southeast, ACC, and Big 12) make a lot of money, mostly attached to the football programs. Below is a listing of revenues by the top twenty earners at the Division I level (2018-2019).

These unbelievable revenues do not mean all these institutions are making money from athletics. According to the NCAA, among the 65 Power 5 institutions in Division I, only 25 recorded a positive net generated revenue in 2019. Among those reporting a net positive, the median profit per school was $7.9 million. And among the 40 Power 5 schools reporting a negative net revenue, the median loss was $15.9 million. In other words, the majority of universities in the nation’s top athletic conferences — the schools you see on TV every weekend competing for national championships — lost money through their sports programs to the tune of approximately $16 million each. (1)

Also included in the NCAA’s Division I classification are Football Championship Subdivision (FCS) schools, the former I-AA programs that compete in a year-end tournament to determine the national champion. The Power Five and other top conferences are classified as Football Bowl Subdivision schools, which compete at the season’s end through a series of bowl games culminating in a four-team playoff to determine the champion. (There is a proposal on the table to expand the playoff to twelve teams). Of the 125 FCS schools, all reported a negative net generated revenue in 2019, with a median loss of $14.3 million per institution. Finally, Division I includes 97 schools without football programs. All of them had a negative net revenue in 2019, with a median loss of $14.4 million. And not one college in the NCAA’s Division II or III saw their revenues exceed expenses that year.

Many Division 1 athletic programs accrue a significant portion of their budget from student activity fees. When the cost of education is rising, how much longer can university presidents justify taking a percentage of the money students hand over to the university and direct those monies to an athletic department that cannot pay for itself? Nor does the athletic department offer anything to a majority of the students that are underwriting their very existence?

With athletic departments already hemorrhaging red-ink and faced with a higher overhead of paying for student-athlete internships and other academic-related expenses, what does the future hold? I’m not sure I have an answer.

The NCAA would desperately like to keep the current system (or something close) in place. I’m not sure that is possible. Handling the NIL will be a challenge, but not a huge issue. However, losing millions of dollars on an annual basis is a more significant challenge. The current model is a “house of cards” that is destined to fail. If, indeed, the Power 5 schools go to a twelve-team national playoff for football, with the revenue of billions of dollars going into the Power 5 conference coffers, how long do you think athletes will allow that to happen without asking for a piece of the pie?

In general terms, I think the future might go in two directions. One would be a mirroring Division III athletic model with no athletic scholarships, and all financial aid is need-based. The other is to go free-market with a professional sports model and pay athletes at a market rate. The market price for a football player will be higher than a men’s swimmer. How will be the impact of Title IX work inside this scenario? Are you starting to feel the headaches of being a Division I athletic director or university president?