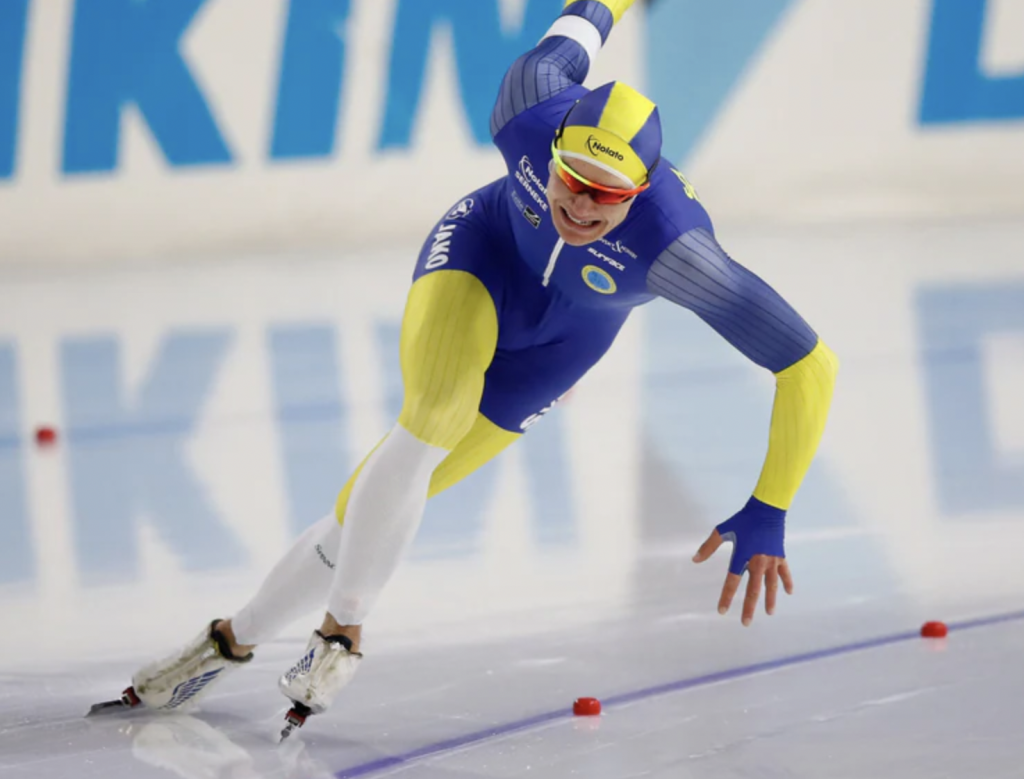 “It seems that all true things must change and only that which changes remain true.” -Carl Ljung

A recent Wall Street Journal article focused on the Gold Medal speed skating performances of Nils van der Poel. You’ve probably have never heard of Nils van der Poel. I hadn’t until a few days ago. Doing a modicum of investigative work, I discovered that van der Poel implemented some unique training activities in his quest for the gold medal. He joined the Swedish Army, ran an ultra-marathon (100 miles), did a lot of cross country skiing, and would go on seven-hour bike rides. Why the unique training? “In a sport that sucks as much as speedskating sucks,” van der Poel said in Beijing, “you’ve got to find a way to make it suck a little less.”

Another distinguishing characteristic of van der Poel is that he has decided to publish his entire training program online for all to see. According to van der Poel, “I also wish for the sport to keep developing and for my records to be broken,” wrote van der Poel. “For those who might want to, I wrote this document. It’s basically a summary of how I trained from May 2019 to February 2022.”

The 62-page training manual (can be found on the WSJ link) was a fascinating study on how to train for success in an extraordinarily challenging and grueling sport. The manual contains documentation of the physical training philosophies, coupled with the social and mental components.

Use the Available Time Wisely

van der Poel: “Some pro athletes say that, since they are professionals and can train as much as they like, they might as well add some weight training, some stretching, some core, some technical sessions, and some training competitions, and some coordination sessions. All training sessions are performed at the expense of other, more efficient training sessions or at the expense of recovery after these sessions. My point isn’t that stretching is useless. If you need to stretch, then go ahead and bend over. But do not fool yourself; do not drop hours from the essential sessions in order to perform something that sounds cool or is easy.”

My take: There are only so many hours in a day, and the athlete only has so much energy (physical and mental) to give. Coaches should make good decisions as to how to spend the available time with the athlete. I see a lot of activities that might not be without benefit, but may not be as important as the core aspects of the game. Players that have not learned the fundamental skills of the game will spend time on strength training, yoga, team building, agility drills, etc. Again, these ancillary activities have value, but should not take away from the important aspects of the game.

van der Poel: “I never skated slower than competition speed for two reasons. Firstly (1) I consider technique to be altered to a specific speed. So as I was skating at a slower speed I contaminated my competition speed technique. Secondly (2) I didn’t want to wear out, or tire, my legs by skating slowly as the number of competition speed-laps I could perform weekly would decrease if I wasted my energy by also going slow on the ice.”

My take: I tend to be more of a proponent of warmup to play, not play to warm up. I see many club team players walk into the gym, jump on the court, play doubles or queen of the court while going less than full speed. Everything an athlete does on the court is creating a habit. I prefer that every hitting approach, block jump, serve or pass be executed at full speed. I want habits formed at a game-like pace. With that in mind, I am not a fan of “cooperative” drills where the focus of an activity is to “keep the ball in play.” Unfortunately, these activities generally translate to less than full-speed execution with players having a fear of making a mistake, while negatively impacting the technical aspect of the skill. I am an advocate of having the two hours in the gym be at full speed as much as possible.

The Role of a Coach

van der Poel: “I have never skated a 10k without questioning why I became a speed skater. It always sucked with 10 laps to go, but working harder would only result in me blowing up too early. Every time I skated the 10k, I was in doubt of my ability. This is why I considered the 10k to be The Distance. The King’s distance. What I needed from my coach during the race was confidence. I told him prior to races what I wanted him to say to me as I skated. He said things like “You’re so good,” “looking strong,” “I believe in you,” which made me feel more confident. He avoided saying things like “Come on, push it!” because it just made me feel as if I was not pushing it at the moment, which I of course was. Another interesting thing I’ve been told by coaches throughout the years, during high-intensity sessions, is “You’re not trying good enough.” Nothing ever made me less motivated or more angry than hearing that. If a coach considers his athlete not to try hard enough the solution is not to blame the athlete and make him feel guilty, but instead inspire the athlete and cheer him on. During high intensity work I was in pain as an athlete, when the outcome didn’t align with my expectations I was in even more pain, as a coach blamed me for it the pain multiplied. I needed my coach to ease my burden, not load it. My coach was very good when it came to easing my burden, not only during training, but also in life. He was the best friend I ever had.”

My take: Once the athlete understands and embraces the challenge of going full speed in any activity, the coach turns into an encourager. One of the phrases that I’ve used quite a bit in recent years is “not yet.” Instead of a negative critique, the coach can encourage by indicating progress to the athlete by saying, “good effort, making progress, not quite there, yet. Let’s stay with it!!”

Train with a Variety of Activities

van der Poel: “The stronger I got aerobically, the more anaerobic
sessions I could do later on. I purified the aerobic season. I only trained aerobically but in different training forms that would engage my legs, i.e. biking, x-country skiing, running, and ski mountaineering. I believed it was not efficient to do high-intensity work all year round. Creating more meaning within training made me stronger, happier and more motivated.”

My take: The keywords I took from van der Poel is not performing high-intensity work year around. That is the exact opposite of what the club and high school volleyball players are being asked to do. The training and competition calendar that our younger players deal with is laughable. A typical high school age player will have high school commitments in July (team camps/open gyms); the season will run August through November; club tryout and club practice from November through July; summer camps in July, then back to high school and repeat the cycle. At every point of the calendar, the demand is for 100% effort. There is no time for recovery, both physical or mental. The schedule van der Poel used allotted time for other activities that would benefit his training but provides a mental release from the high-intensity training his sport requires.

I am always amazed by the number of club volleyball players that have never played another sport. The younger player would benefit tremendously by learning how to play soccer, tennis, gymnastics, go on a long bike ride, climb a mountain, etc. These physical activities benefit the athlete while allowing a mental break from intensive training routines in the gym. Many think that playing other sports must be inside an organized team environment (high school, club, etc.). Going out on the soccer pitch and having a coach with a soccer background work with your athletes to dribble or pass a soccer ball, allowing some free play, dramatically benefits the young athlete.

Takeaway: A successful coach continually tries new methods to improve their coaching abilities and allow the coach to best work in the most productive fashion with their troops. Your core values may not change, but your methodology should constantly be shifting to meet the needs of your athletes. I was fascinated with the training journal by van der Poel. He incorporated a wide variety of activities in the constant pursuit of the singular goal of skating fast for two days in February. Equally impressive is developing his core values as an athlete in pursuit of the extraordinary.