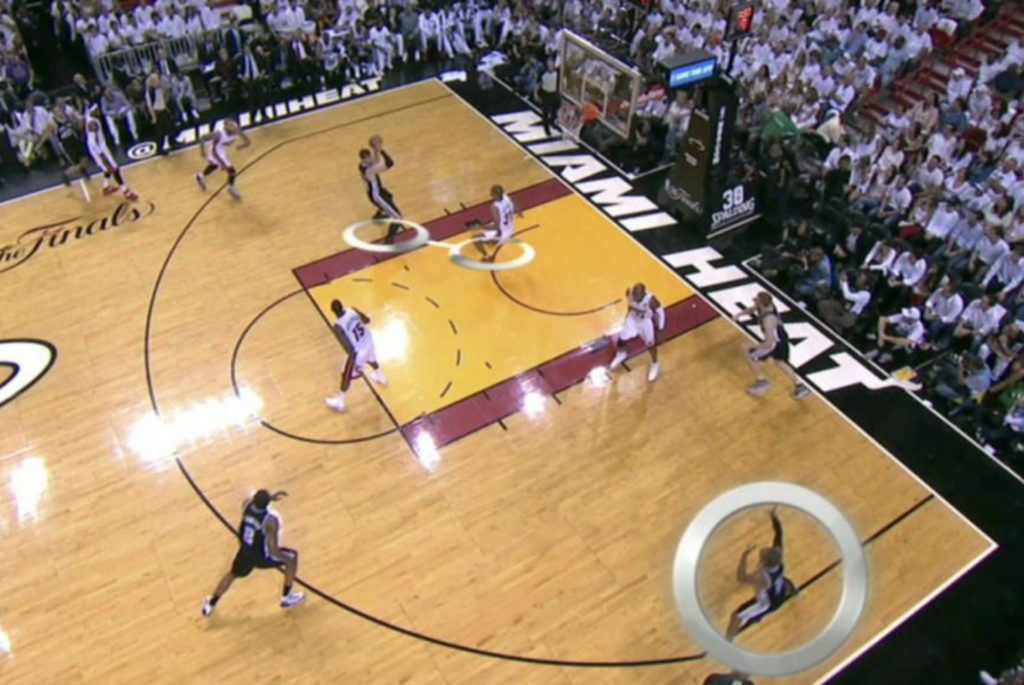 I don’t consider myself a fan of the NBA, but I enjoyed watching the recently completed playoffs. The NBA is moving in a different and more exciting direction with how the game is played. The offensive systems of basketball are evolving at the highest level and are already impacting the younger players and teams. For an open-minded volleyball coach, there might be concepts used in the NBA that can be implemented into their offensive systems and player evaluation.

Traditionally, the NBA had positions. Teams would have a big guy as a center- (position #5); two forwards, one a power forward who was physical (position #4); the other is a shooting forward, more finesse (position #3); then two smaller guards, a shooting guard, (position #2); and a point guard, (position #1). Players referred to the position they played by number. Most levels of basketball replicated this system.

The NBA game is trending away from this model and towards a model that emphasizes multi-position players, movement, athleticism, and shooting skills. How tall a player might be, although not unimportant, is of secondary importance. NBA champions, Golden State, played a majority of the time with no player taller than 6’8″, which by NBA standards is relatively small. With five athletic players, they spread the floor, allowing the skill and athleticism to shine while providing a great deal of diversity in the offense.

Volleyball, over the years, has been caught up in a philosophy of player specialization. This is especially true on the women’s/girls volleyball side. Tall players in the middle, short players in the backrow, right-side players are tall, can hit and block, but can’t pass, so they come out in the backrow, short setters have no chance of front-row play, etc. The primary focus is on height instead of skills or personality traits. It is not unusual for a tall player with marginal athleticism or skills to have a greater value than a smaller player that is athletic and possesses good skills.

Because the physical model is static, the offensive and defensive systems used also remain static. There is limited creativity offensively because of the physical or technical limitations of the players. Subsitutions are employed to mask skill deficiencies. Coaches either lack the time, desire, or expertise to develop the technical aspects of the player.

Volleyball is not the only sport that has been pained by specialization. Women’s basketball has approached the game similarly—the tall players underneath the basket, hesitant to shoot from outside, lacking in dribbling and passing skills, small players on the perimeter, etc. Players such as Candace Parker, who is tall (6’4″), athletic, capable of playing multiple positions, and possesses a multi-faceted skill set, are scarce. Not that there aren’t potential Candace Parker’s out there; similar to women’s volleyball, there is a tendency to put the athlete into a box relative to their skill development.

What would volleyball look like if the model was the NBA style of play?

At the collegiate level, the play on the men’s side replicates the NBA more than on the women’s side. There is no reason that women’s offenses should not pursue the concepts of more hitters than blockers; attack from the antenna to antenna, and a fast set tempo for all attackers.

To demonstrate these concepts, we use the offense of the OSU men from a few years back.

Here are a few thoughts on putting together your team for the upcoming season.

Incorporating the ingredients of an NBA system might lead to some positive results in volleyball. If nothing else, it will be exciting to watch!

Posted in Blog, Coaching and tagged Candace Parker, NBA, Player Development
← If Gold is Our DestinyAvailability Bias, Avoid The Trap →