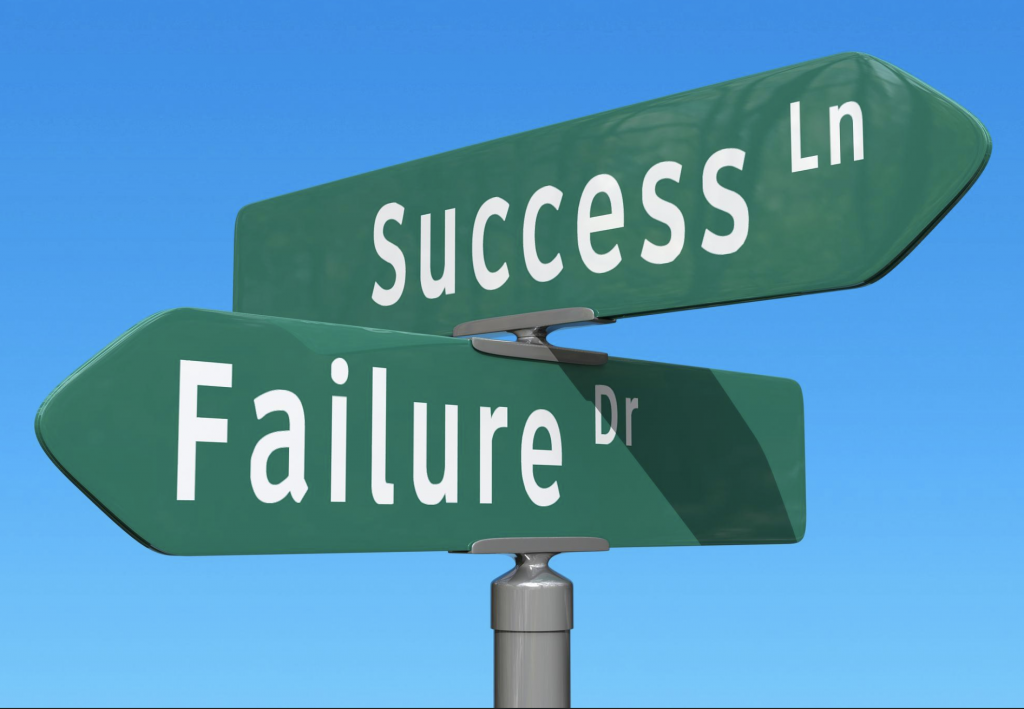 In sport, failure comes with the territory. I’ve always have believed that I learned more from failure than from success. In my first USA U-18 competition at the FIVB World Championships, we finished a less than glorious 14th out of 16 teams. Yikes, a massive fail! To be kind, this was a learning experience! The biggest impediment to our chance at success was my performance as a coach. I quickly learned that I had to change how I approached the game, and fast! My collegiate experience did not prepare me for how the game is played internationally.

I’ve had some success along the way, but failure has also been a component of my coaching experience. The failure came in many forms. The obvious is on-court results with a team losing the big match, or an individual not performing up to expectations. I’ve also failed individual players by not providing them with what they needed to succeed. These painful setbacks provided an urgency for necessary change.

I suppose if it’s any consolation, I have plenty of company in the failure industry. Others have failed miserably but managed to eke out a modicum of success. Comedian Jerry Seinfeld noted his failures in a recent podcast with Tim Ferris. Seinfeld was reminiscing on being fired from one of the top comedy clubs in Los Angeles, “of all the things I would trade, if you could take your experiences and ask to trade them in, the last ones I would trade would be the failures. Those are the most valuable ones. After being fired, I was angry. I was frustrated. I was resentful. But I used that. It was just fuel for me. She wasn’t stopping me. Nobody was going to stop me. But when someone is that hostile to you, that can be a very good thing if you’re tough, if you’re tough enough to eat that shit and say, she’s not stopping me.”

One of the challenges for the coach is how to use the inevitable failures in the most positive way possible. On the volleyball court, failure can come in smaller portions. Getting beat for the conference or state championship, not digging the ball that was coming directly to you, serving out of bounds on match point, losing a starting position, etc. One of the lynchpins of the late Anders Ericsson’s philosophy of “deliberate practice” is pushing the edges of one’s abilities and risking failure. Ericsson believed this is essential for progress. The test is how to embrace failure without losing the necessary self-confidence to succeed?

One of the variables that enter the picture is the age of the athlete. It’s not always the best tact to ask a young athlete to be tough, embrace failure, then move forward in a positive trajectory. Ayelet Fishbach and Lauren Eskreis-Winkler recently completed a study that would indicate that some students, especially young students, learn more from success. (1)

In a recent article for The Character Lab, Fishbach and Eskreis-Winkler concluded that “We do learn when failure is less personal. In our research, participants who struggled to learn from their own failures were able to learn from the failures of others. It can be hard to focus on our own failings, but the mistakes, recoveries, and hard-won lessons of friends and colleagues? Those are some teachable moments.”

Teaching tips recommended by Fishbach and Eskreis-Winkler included Don’t magnify mistakes. Research shows that experts—say, Supreme Court Justices—are more adept at looking at failure and learning from it. But non-experts? Not so much. Do spotlight success. You may get more bang for your buck if you point out to kids what they’re doing right rather than what they’re doing wrong.” (2)

This research indicates the potential for the younger player to take events very personally. An emphasis on failure might impact the self-confidence of a young athlete. The positive lessons learned by a massive fail might take a back-seat to the small, incremental victories that sometimes get overlooked by both player and coach.

How might this impact coaching? With younger age players, the focus might be on the success’, or the almost success,’ as opposed to the failure. Using the setbacks of others might be more valuable as teaching moments for the young athlete instead of personal setbacks. As players mature, they might learn more from personal failures.

I recommend the book I Can’t Do That, Yet by Pia Cordova for those working with younger age athletes. It is an uncomplicated but fantastic book that promotes the growth mindset and the ability to deal with setbacks in the young player. The gist of the book is attaching the word “yet” to the items outside a current skillset.

I have used the word “yet” in many of my practices with players from the USA U-18 team. I have found that “yet” is a glorious word. When the roadblocks get in the way of the younger player and harsh reality has a bitter taste, the blow can be softened by “yet.” You might try, “you can’t hit that shot yet,” or “we aren’t ready to win the state championship yet.”, or “you can’t block that hitter yet.” So, you aren’t ignoring the current events, but you also aren’t beating the player over the head with a setback. You allow the player to move forward with a specific objective in mind.

Is failure good or bad? The answer is yes! Failure can be both good and bad. The variable is the coach’s ability to manage the failure in a manner that best meets their personal needs or the needs of their players.

Posted in Blog, Coaching, Education and tagged Ayelet Fishbach, Failure, I Can't Do That Yet, Jerry Seinfeld, Lauren Eskreis-Winkler, Pia Cordova, The Character Lab
← What’s Really Matters the Most in Skill Development?What Volleyball Coaches Might Learn from Golfer Phil Michelson →