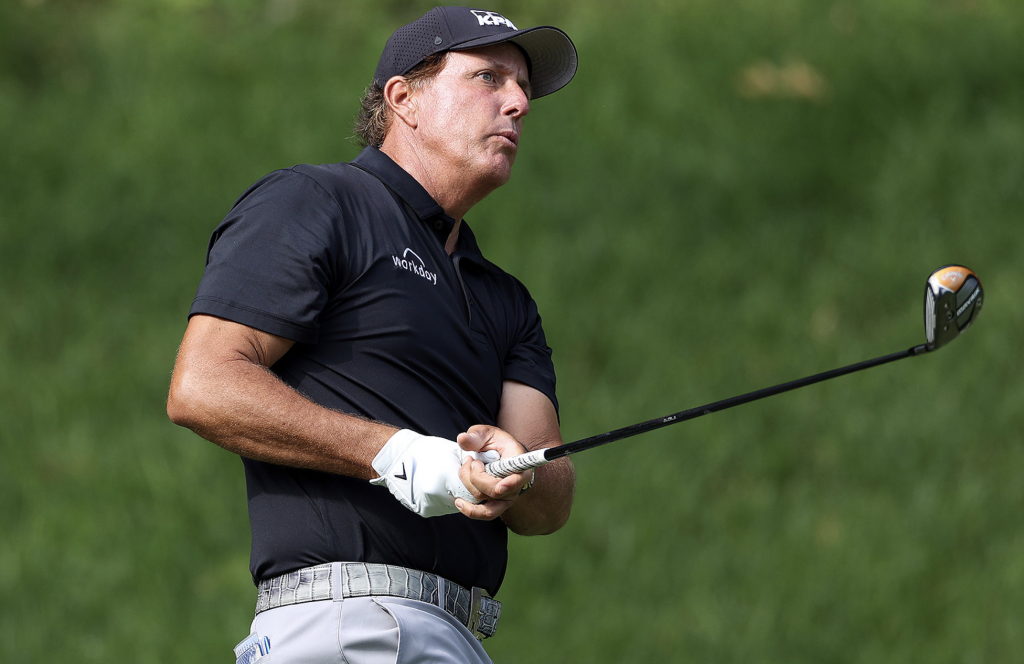 Last week 50-year-old Phil Michelson won the PGA Championship, one of golf’s four major tournaments. In the process, he became the oldest golfer in history to win a major. Putting the age aside, Michelson is one of the all-time great golfers. He has won forty-five tournaments in total, including winning six major championships. Going into this year’s PGA championship, Michelson was concerned about his recent tendency to lose focus at crucial times of competition. True to his championship mentality, he pursued a course of action to address this perceived shortcoming.

Although the tendency to lose focus merited much of his attention, Michelson also pursued his strict diet. Specifically, Michelson structures his eating around periodic fasts. He does three-day fasts every few months as a way of resetting his immune system. Michelson will also do shorter fasts more often. For example, after his final round of a tournament, he will fasts for 36 hours straight. Anyone who has fasted will testify to the mental discipline and focus required.

An athlete cannot be selectively focused. The ability to focus is a by-product of what an athlete does each day. Having the drive and discipline to maintain a strict dietary regime will undoubtedly assist in being focused on the golf course. However, Michelson addressed his concern about his inconsistent play using an on-course strategy that might impact volleyball coaches.

A standard round of golf consists of 18 holes. Michelson’s daily training plan was to play 36-40 holes of golf at a tournament level of concentration, execution, and focus. He monitored his score, strategical errors, along with the positive aspects of his play. Michelson felt if he could maintain a high level of play over 36 or more holes of golf in a training environment, he could do the same over the standard daily routine of 18 holes when playing in a tournament. One of the changes he adopted was slowing the pace of his play. He felt one of his strategic mistakes was playing too fast, resulting in mental errors, leading to lost strokes.

As Michelson incorporated this daily training regime, he noticed a boost in his focus levels during tournament play. The ability to focus over long periods is as much a habit as a skill. Concentrating on each contact is developed by creating practice scenarios that demand a high level of concentration.

How might volleyball coaches adapt this concept to decrease mental errors inside a long match? Below are some ideas that might be worth a try.

Incorporate Michelson’s Strategy– A volleyball coach can replicate Michelson’s routine by extending the demands of training focus inside a practice. Instead of playing sets to twenty-five points, implement playing sets to 50 or 75 points. Perhaps a team will get bonus points for being first to 30, 40, or 50 points. A competition of this nature encourages long periods of correct execution. Another suggestion might be to monitor performance early in the extended set vs. later. Is there a drop-off? If so, is the drop-off physical or mental?

Practice Format-There is not a singular practice format that is the best. I like to construct activities that are based on successful executions as opposed to timed increments. Rather than creating a serve/pass drill for fifteen minutes, I prefer going for fifty in-system passes from a live server. The coach can modify the drill to subtract from the total when the passer is aced. You can also create competition between the server and passers. All of these options will mandate concentration over an extended period.

In A Rows– Like the above scenario, I like to implement in-a-row drills to focus the athlete on multiple consecutive successful contacts. For example, instead of twenty-five good passes, can we do five sets of five successive in-system passes? Or, from a team perspective, a team needs to execute three consecutive first-ball (FBSO) sideouts to get the point and rotate. In-a-row drills can be modified for each skill and skill level.

Controlled-Random Activities- In a previous blog post on developing skill that featured tennis player Rafael Nadal, I mention activities that are controlled-random. This type of drill encourages practice repetitions in specific areas. For example, a 6 vs. 6 drill, where a left front attacker must score two consecutive FBSO for a team to receive coach entered freeballs. Points are only scored from the freeballs. Scripting activities inside 6 vs. 6 drills, mandates correct execution. The drill is controlled as the events are somewhat scripted; however, there is still randomness as the hitter can attack in any manner to score. The spotlighted player or position is challenged to execute correctly for team success.

The Mental Component– A cognitive activity that might be worthwhile is having players write a practice/competition journal where they evaluate their performance at various points of a match or training. Is the player cognizant of peaks and valleys in their play, and possible causes? A task of this nature will be a good springboard for player-coach discussions.

Activities of this nature are merely suggestions and can be modified for any age group. The takeaway is not waiting until a critical moment of a match then admonish your team for not being sufficiently focused. Like Phil Michelson, have a plan designed to increase levels of focus and implement the plan daily.