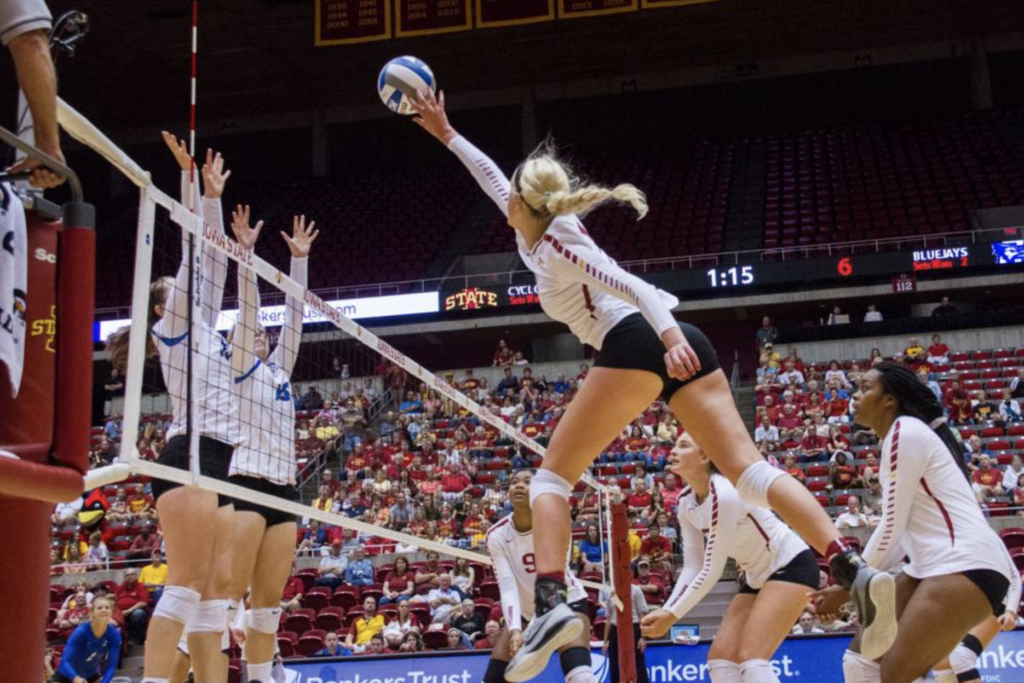 It is a challenge for players or teams to excel at all aspects of the game. In many cases, teams that win are good at one or two aspects of the game that might offset a skill or system weakness. Coaches determine how time is spent in practice and the areas of the game they hope will develop into a strength. Players will improve in the areas where they spend the most time or the areas that receive the most emphasis.

Every team is different, and what a coach chooses to emphasize might change from year to year depending upon personnel. However, every year, one of the areas that I emphasize and would fall under my “core values” in training is that no off-speed attack will hit the floor (or at least as few as possible). I would guess that tips or roll shots will go inbounds 99% of the time. Hard-hit spikes will have a much higher error rate from a blocked attack or the attacker hitting out of bounds. If the opponent is scoring with off-speed attacks, why should they risk making an error by getting blocked or hitting out of bounds with a full-speed attack? As a team, we defend the best we can against a hard-driven attack, but we can’t let off-speed attacks score.

If the opponent is continually scoring with off-speed attacks, a coach must diagnose potential issues within your defensive squad:

To deal with the above scenarios, here are some ideas to play the off-speed shot successfully.

–Generally, a slow approach=a slow jump=off speed attack. Defenders should observe the quality of approach to anticipate an off-speed attack. When the attacker is in the air, watch the armswing closely to gather information relative to a potential tip or roll shot.

The excellent defender will use all the tools, visual cues, techniques, and communication to expand their coverage areas. The player constantly throwing their bodies around the court to pursue a ball receives an “A” for effort but perhaps needs to focus on their “reading” skills. I’ve always felt the best defenders put themselves into good court position and will make a challenging play look easy.

If a team is motivated and takes pride in their defense, watches closely for visual cues, and possesses good defensive techniques, the number of successful off-speed attacks will be reduced.